Rasmus Kulla
Mr. Kulla has over 25 years of experience in international taxation, auditing and finance including CFA for Norwegian Cruise Lines (NCLH NASDAQ) and banks in the EU. Mr. Kulla led the turnaround team for NCL & Apollo Capital Management (www.apollo.com ). Apollo Capital invested $1B into NCL, and Rasmus led the turnaround team, and Apollo Capital exited at $4B within 46 months. Rasmus managed, audited and oversaw over 15 + new Cruise ship builds with State of the Art technology and monetary management of over $1.5 Billion USD each.

He was previously CFO of FABA Bank Russia and General Counsel of Estonian Industrial Bank. He was also internal auditor of the Central Bank of Estonia and Estonian Savings Bank. His career began as General Manager of Hotel Vosu in Estonia.

He holds a LLM in International Private Law from the University of Tartu Law School, a MBA from Stockholm School of Economics and is a Certified Public Auditor in the EU.

You can easily decide if your deals include opportunities across the world or in the USA. Carey can help you set reasonable goals and objectives to help you execute the financial objectives you want - when you want them.

The most important thing is to define your goals

ultimately sold to public & private companies. Mr. Dolan helped engineer the transaction and transition of a $300 million public company and sale to a multi-national public oil company for $2.5 Billion. He has over 25 years experience in finance, telecom, IP, IT,  software with early stage to Fortune 500 companies. Mr. Dolan structures and facilitates opportunities for many types of projects -- from Wireless technologies, Artificial Intelligence, Software as a Service, Digital Advertising, Block Chain technologies, IEO's, ICO's, Telecom, to key Government relations and infrastructure transactions.

Mr. Greene brings over 30 years experience starting, building and selling companies from gas pipeline development to solar energy projects. He is also the author of 5 U.S. and foreign patents and 2 patents pending. Prior to his current endeavors Mr. Greene licensed his patents and technology to over 400 major banks and security printers around the world.  Jon was a co-founder and CEO of IVIS - the first company in the U.S. to develop a bank check electronic imaging system and install it at Citibank N.A. and go on to OEM its solutions to Unisys and NCR. He has been a guest speaker at American Bankers Association (ABA) conferences on check fraud and security and served on the American National Standards Institute (ANSI) X9B committee that set the standards for Check 21 - the modern interchange of negotiable instruments between banks.  Jon also has extensive relations with Government entities.

We are a group of senior executives with varied backgrounds of expertise. Carey strives to help all of our clients meet their unique needs and related goals. Our  "out of the box" ideas are most powerful when they are combined with the group's consulting expertise, data analytics and access to "off market" opportunities.

Learning finance isn't as complicated as it might seem. [...] Other amazing works include "Dancing with Snakes- A True Wall Street Tale", Engaging true stories of 9/11 in "Faith Lives on Liberty Street", and "The Innocent Operative-Life with John", an amazing book and now Treatment for a Motion Picture and/or Streaming series.

​Winning through Intimidation by Robert Ringer

Find out these 3 simple steps to help protect all of your time & assets. [...]

Marlene Jupiter
​Ms Jupiter began her career on Wall Street at Donaldson, Lufkin & Jenrette (DLJ - Credit Suisse/First Boston) specializing in developing and marketing complex financial instruments, options and derivatives. Ms Jupiter later became Managing Director of Quantitative Research at Bessent Capital - a $1 Billion global macro-hedge fund. Ms Jupiter is a published author of "Savvy Investing for Women"  and has been a guest on Fox, CNBC, ABC, Money Talks, Bloomberg's Forum and Steve Crowley's show "The Money Channel".  There is now a new set of documentaries documenting her life and times on Wall Street, and her new books "Dancing with Snakes" and "Life with John" now a Treatment for a Major TV Series "The Innocent Operative". 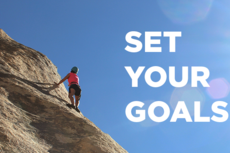